It was a pleasant August evening, and my parents and I had just bumped into our Headmaster, who with his imposing 6 foot plus figure was a quite a sight, as he took his rounds on the main field. To put everything in context, the school in this case was Doon School, arguably one of the best educational institutions this side of India. The headmaster in question was Mr. John Mason, and my parents and I were just having a conversation about whether or not we would be able to afford my education in the Doon School – also one of the most expensive institutions this side of India. 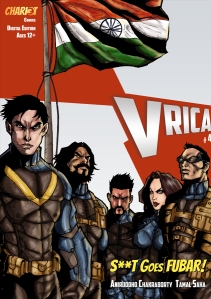 To elaborate further, my family was and perhaps still is, hopelessly middle class. Why ‘hopeless’? I’ll get to that later. But, being a simple Branch Manager in a Govt. run bank pretty much ensures that The Doon School stays out of your reach. Yes, Doon has some pretty good scholarship schemes and I was a beneficiary of one of them (my mathematics grades not withstanding). Yet, when the realization dawns upon you that the remainder of the payable fee (minus the scholarship) is still more than what your father earns in a year – a sense of futility tends to dawn upon you.

I was looking for a way out of school, heading back to Delhi and comfortable in the fact that I had gained much varied experiences from Doon and I will always carry the name with me. Cut your losses and run basically. That’s when John Mason (no he’s not imaginary and certainly not Sean Connery’s character from ‘The Rock’)  said those lines mentioned above, basically implying, at least to my interpretation, you worry about not being mediocre, the rest should take care of itself.

That dictate is something I have followed all my life – for better or for worse. I decided at that point that I will either be brilliant at something or be terrible – no middle paths. In Mathematics and Chemistry I was terrible, English, Business Studies and Economics I was great. Sports I was terrible, in writing I aspired to be great.

And therein lay my usage of the phrase “hopelessly middle class” earlier. Avoiding mediocrity is a hopeless cause when you are middle class India. It simply does not work that way. The entire system is designed to make you be mediocre – perhaps I am being harsh – let me exchange that word with a nicer one: Stable.

At this point let me clarify that I love the idea of stability – nice car, nice home, nice girlfriend/wife, nice salary…what’s not to like? And from that also stems my hate for it – the Indian middle class’s love for being middle class is as deeply entrenched as perhaps the radical fanatic’s faith in his due time in heaven.  And what happens when that stability is snatched from you? You are hopelessly ill-equipped and found wanting.

One thing I have realized in my short time here is that greatness is never achieved without a price or sacrifice. True, not everyone achieves greatness or even an inkling of it, but to use the old cliché “if you’ll never try then you’ll never know”. Sacrifice comes in many forms and shapes, be it emotional, financial and personal or even one of faith – but it is necessary.

My parents made those for my education; they won some and lost some and I am grateful for that. I carry that burden and a chip on my shoulder as consequence till date.

However, what I don’t understand is the underlying shackles of mediocrity that still guide their judgements. Maybe I am wrong in my thinking, but a sacrifice made should be made for a greater cause and not to achieve what I call the curse of ‘stability’.

For example, I started Chariot Comics (or at least the groundwork) in 2009-2010 – and it comes as no surprise to any soul whatsoever, that it makes NO money whatsover…yet. And I started the company at a time when my family lost everything in the 2008 recession. Any iota of stability they had, went with bad investments  – the house, the car, the savings…you get the picture. All of a sudden I was the sole bread earner for a family that had lost everything.

By the time I realized the repercussions, I was knee deep in starting my own venture, doing what I had always dreamt of doing. I figured when you have nothing, you have nothing left to lose – and using a combination of this Bob Dylan lyric and my headmaster’s decree against mediocrity, I had set out accomplish my tryst with destiny. It’s not an easy thing mind you. Truth be told, I’ve worked hard for it – spent sleepless nights, worked multiple jobs and swallowed by pride and principles numerous times as I went around begging and borrowing money to make ends meet –  or make the next payment.

I know it’s going to work, I don’t believe in God and all such illusory concepts, but I have faith in my abilities and of those who work with me. But coming to the point, my parents don’t understand that. One day, I told my folks that after a year of struggle and failures, we finally had a distribution channel and our comics would now be in-store and online. It was a proud moment for me personally; but my mom’s instinctive answer (and I knew she regretted it the moment she said it) was “I’ll be happy when you get a good corporate job”.

But that’s the problem, that wasn’t my mother talking; that was her middle-class upbringing. It is an upbringing where sacrifices should lead to tangible bank balances at the end of the month, not possibilities of achievement.

That’s the problem, the hopelessness of the middle class, the curse of stability.

My parents made the sacrifices so I could achieve all that I wanted. I figured that they spent more than they earned so that I could go to Doon and come out with a sense of ambition, accomplishment and more importantly the burning desire to be greater than the sum of my bank accounts and salary slips. Doon taught me that failure is usually temporary (embarrassment is forever though!) and greatness is permanent .

Give them a little bit more freedom to achieve greatness – don’t burden them with your hopes and aspirations, they are already burdened by their own. Your life was about pension plans, savings and retirement plans, good on you, but I beg of you don’t let your kids retire to comfort zones you have defined.

To all my middle-class uncles and aunties, the country is in the need of great thinkers, leaders, visionaries and all-in-all good human beings. A B. Tech or an MBA is not the answer to nation’s problems.  Driven, ambitious, motivated and honest individuals are. Your middle class need for stability is nothing but a deep-rooted complacency that’s steering this country off-course.

Strive for stability and this nation will never change the way it needs to, continue your complacency and you will have squandered away all that your forefathers fought for. Stop being mediocre and the rest will take care of itself.

To conclude, I will partially quote a line from the latest Man of Steel trailer:

“…They will race behind you, they will stumble, they will fall. But in time…you will help them accomplish wonders.”